skip to main | skip to sidebar

I am a huge Twilight fan and I recently knitted myself a pair of “Bella’s Mittens” using Subliminal Rabbit’s pattern. I love the mittens and I want a pair in every color. Of course I decided that I needed a hat to match my new mittens so here is the pattern for the simple hat that I made. I loved the chunky earthy feel of the yarn in combination with the flirty fun crystal buttons. I hope you enjoy this project too!
If you would like a PDF copy of this pattern please just send me your email address and I would be happy to email you a copy. 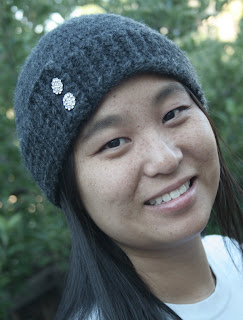 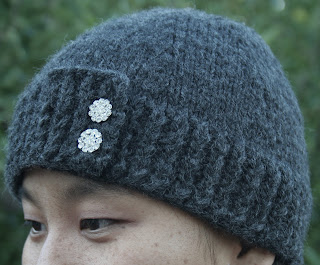 I love Twilight and I love your hat!! Great job!! The buttons do a lot for it too!!
Good luck with your designs!! Would you send me the PDF? My email is Jessiesgrl@aol.com

This is such a cool hat, would you send me the PDF? My email is batrevino@sbcglobal.net. Thanks.

I love it! I just picked up some gorgeous buttons today that will work great with this pattern, thank you so much for posting it :)

oh I love this - I'd like to make it for my niece who's a big fan of Twilight. Can you email me the PDF? Im at carol.spiros@gmail.com

You look adorable in your hat!

Love the pattern! Could you send me the PDF? My e-mail is neesie315@yahoo.com. Thanks.

Love the hat! Could you send me the PDF to neesie315@yahoo.com? Thanks.

Will be trying this soon! That's awesome! Do you knit anything seed stitch? I started a hat in seed stitch not based off any pattern, and wondered how it would look.

well, i've never seen/read twilight but that really is a gorgeous hat!

please send me a pdf. this is a really cute hat. ;) love the twilight reference as well. great series.
dan.angie@me.com

Love love love this hat--Would you please send the PDF to qxerox@yahoo.com Thank you joan

I love this hat and am a huge fan of the movie! Would love if you could email me the pattern. My email is bbkaos@gmail.com.

I'm a beginner knitter and going to take on this hat as my next challenge (fingers crossed). Could you please email me the pdf at mhother@gmail.com? Thanks for sharing your talents!

I just finished the hat - and it is HUGE. I was concerned about the 106 stitch cast on - is that correct??

Hi - As far as the question about the size the cast on sts is correct, some of the are for the button overlap so the hat is actually smaller than the cast on size. If you would like a smaller hat I would recommend using smaller needles and adding a few rows between r13 and r14 for additional length. Hope that helps!

As I am not a skilled knitter I just followed the directions to a T. The overlap on the brim did not seem to tighten the brim sufficently. Smaller needles would certainly help but would they work with such bulky yarn?

I am mad about Twilight and I love this hat !
Could you please send me the PDF ? My e-mail is mer_indigo@yahoo.fr
Thanks

I'd really like a PDF of this pattern; my email is jessica.birdwhistell@gmail.com --- thanks!

I would love a PDF of this Pattern.

I would love a PDF copy of the twilight hat to knit for my teenage granddaughters, is charcoal the offical colour or does colour matter if it is twilight style. Please e-mail to dissjwine@hotmail.com

This looks amazing, woeld love to try for myself. :) Could you please send me the pdf? My email is jennytwosides(at)hotmail(dot)com. Thanx!

I love your twilight hat. The buttons are really awesome!! ACn you send me the PDF version. My email address is carrie.young@interavon.ca. Thanks so much!

Soooo cute, would you please send me the PDF? My email is mmadson@dsdmail.net - Thanks

I am learning how to knit. I am trying to make your hat but I am stuck on row 4. Not sure if I am to repeat the whole row or just
[k1,p1] My email is
dunnjaime51@yahoo.com
Thanks for your time...

Hi can you please send me a pdf version. thanks. jyotikochhar@hotmail.com

could you please send me the pattern for the twilight hat and mittens? thank you so much!!! kristinsimmons@comcast.net

I'd love the PDF for this hat. selkiepunk@gmail.com

Love this! Pls send me the PDF: carla.nielson@gmail.com

Stuck on Row 4 like everyone else. Did anyone get an answer on how to do this?
I would love the PDF relenned@gmail.com
Thanks for sharing!

just finished this hat, and it's too small, length wise. was thinking about just adding rows to make it longer. would that help?

making another one of these hats. to add length so it sits down farther like over my ears, do i just add rows to do that?

I would love a pdf of this hat.

whoops sorry, my email is
belindacatgreen@gmail.com

I would love to have a PDF of this Twilight Hat please.

could youplease send me a pdf? i really love your pattern, the buttons add so much.

Could you please send me a pdf of your pattern....very nice hat !!
stapenek@hotmail.com

Hi, love a pdf file of your hat
lynnaleksich@gmail.com
thank you, looks cute

I should have read the comments before I started, there is obviously something wrong with this pattern. I just wasted hours making a hat that is too wide and too short, I now have run out of time to make my brother a Christmas gift as I need to send it to Australia. Thanks. Next time, check your pattern works before you post it!

Can I get the PDF instructions for this hat? Also can you tell me about the row 3 that everyone has inquired about. Is the repeat just for the bracketed portion of row 3? Also I believe you said if we wanted to add height to the hat, add rows between 13 & 14, is that correct? Thank you! Anxious to give this a go! My email is ktola094@yahoo.com

I would love to have a PDF pattern of this hat sent to patriciawalkington@sbcglobal.net

I've had this lovely pattern in my Ravelry queue since December of 2009. I'm planning on making it during this session of Harry Potter Knit and Crochet House Cup...and a PDF pattern would certainly make that easier for me. I realize you are probably very busy, but when you have the chance, I would LOVE to have you send a pdf copy to dobarah at gmail dot com. Thank you!

Please send a PDF of this pattern to
Laurie.h@att.net

Please send a PDF of this pattern to
Laurie.h@att.net

Newer Post Older Post Home
Subscribe to: Post Comments (Atom)
"Maybe some women aren't meant to be tamed. Maybe they're suppose to run wild until they find someone -- just as wild -- to run with." 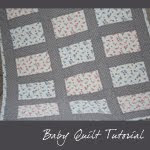 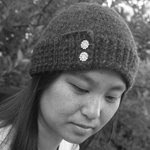 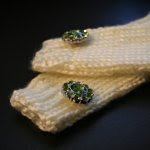 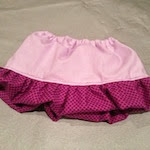 Blogs to Check Out

Views in the Last 7 Days